Celebrating its 10 year anniversary this year, The Treehouse (Alnwick Garden, Northumberland, U.K.) was inspired by The Duchess of Northumberland and is set 17 metres above ground amongst a leafy canopy of lime trees. The largest wooden treehouse in Europe, its wobbly rope bridges are all accessible to wheelchairs and pushchairs and its lofty decking provides a calming vista of foliage. Constructed by a host of carpenters and joiners, each section of the treehouse walls are unique to the craftsman that built them and encircle a roaring log fire. 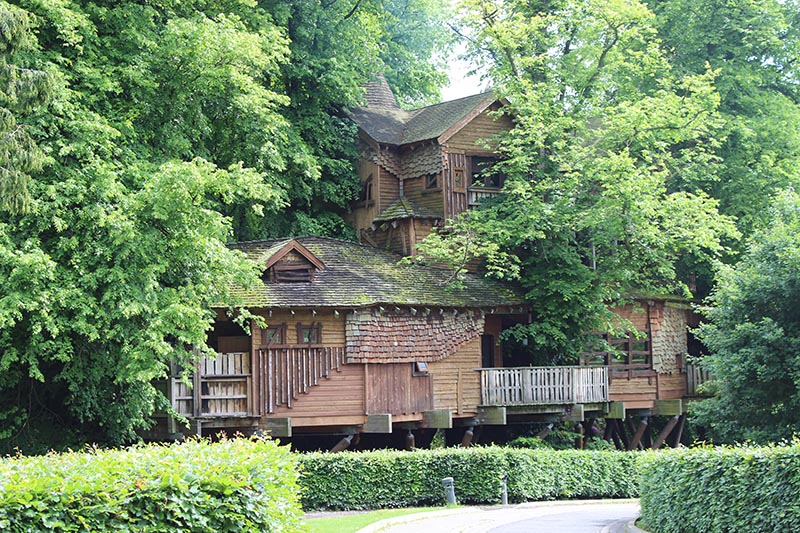 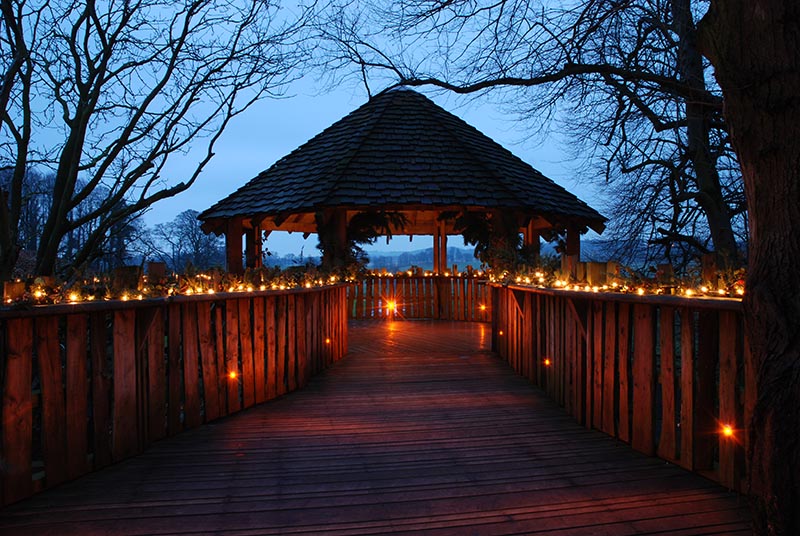 The Treehouse is quite literally the stuff of fairy tales with his sky high terraces and rope bridges, warming log fires, higgledy-piggledy walls and ferociously romantic ambience. This year tripadvisor placed it third in its list of the world’s most unusual restaurants (the only British restaurant listed) and Hudson’s Heritage awarded it Best Dining Out UK but these are only two of the accolades it has won over the years. 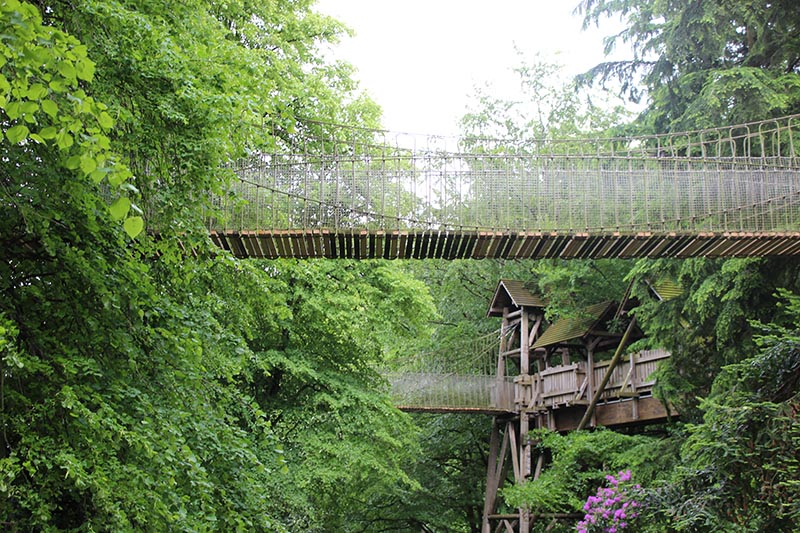 The Treehouse Restaurant is also a favourite of some famous diner and has played host to presenters Ant and Dec, the cast of Downton Abbey, and even Princes William and Harry. The Treehouse restaurant is beset by a host of twinkly lights at dinner is served at  hand carved tables. 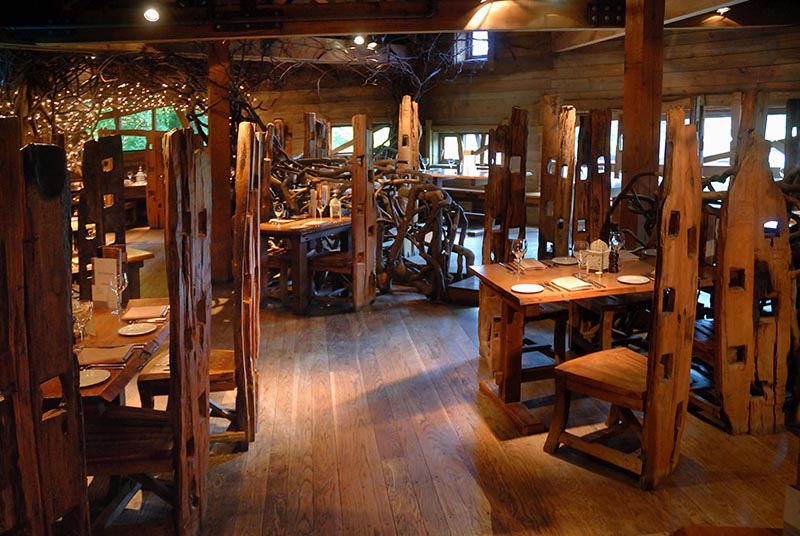 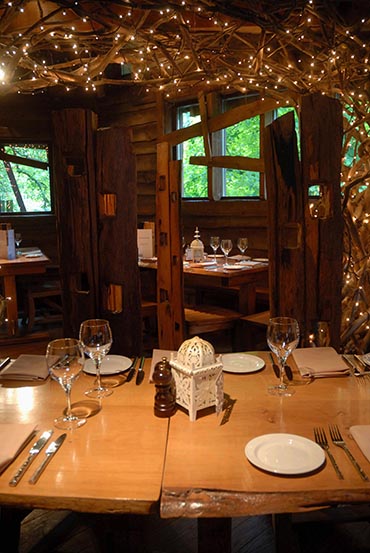 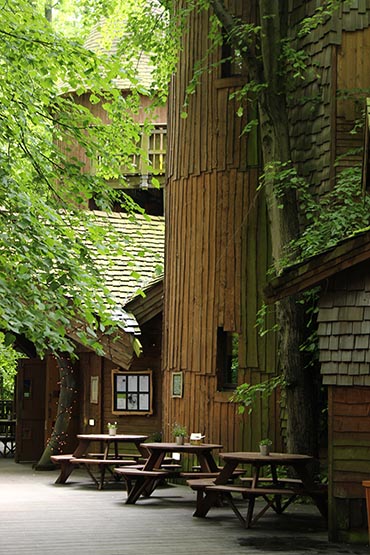