“Around the World and Back to Mayfair” 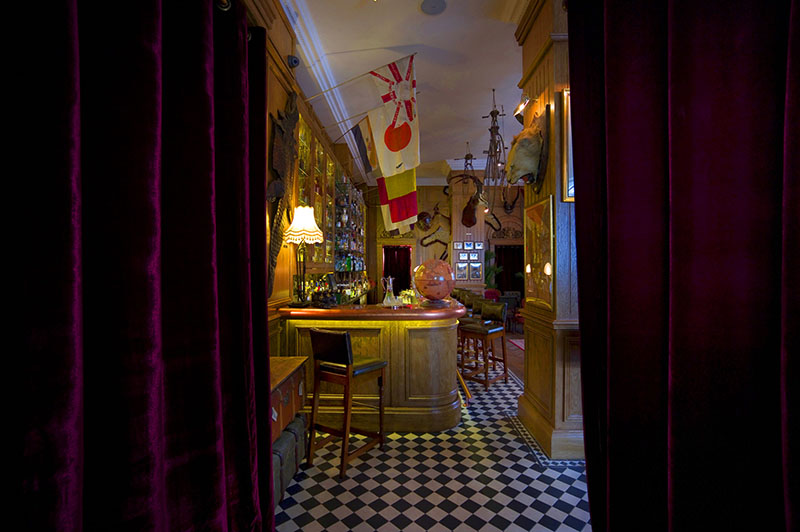 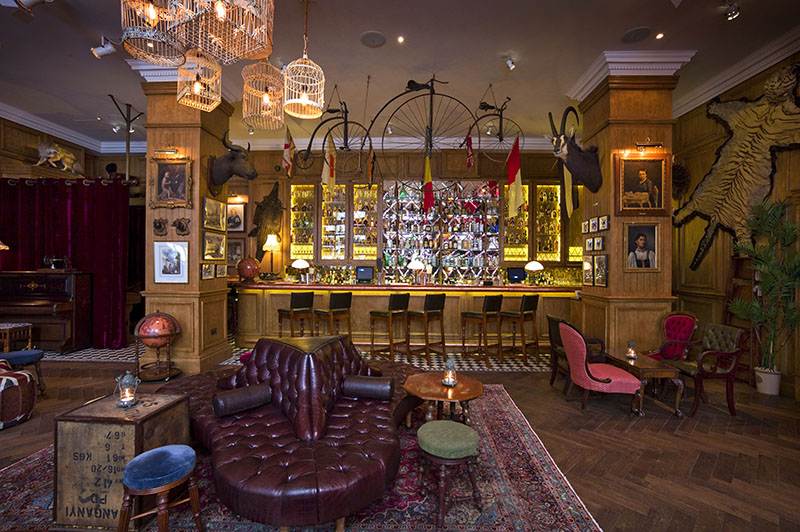 Modelled on the very Mayfair house in which Phileas Fogg would have lived after travelling Around the World in 80 Days, the bar is refined but at the same time truly off-the-wall, breathing liveliness and fun into the West End.  Guests are able to encounter all the wonders of the world without setting foot outside of London. As a private man, Mr Fogg’s home is of course well hidden down a small side street off Berkeley Square thus maintaining an element of secrecy like The Inception Group’s bar, Barts, the first speakeasy to open in London in 2009. 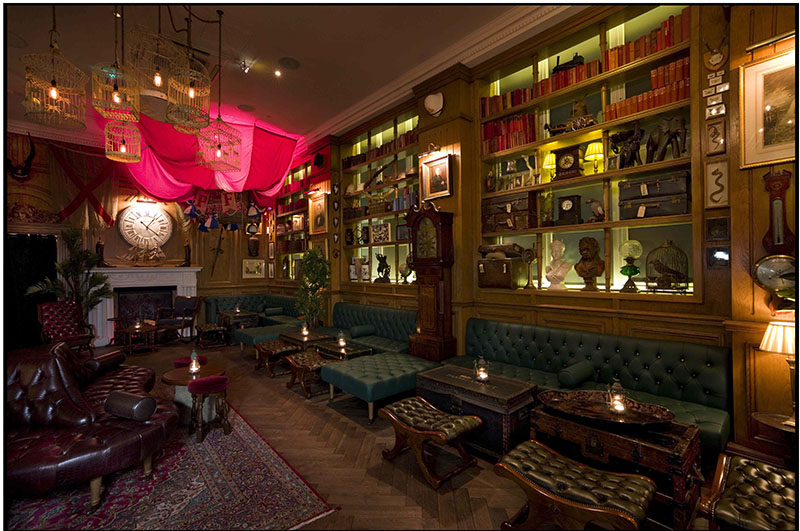 A small plaque marks the door with Victorian lanterns hanging outside.  On arrival, guests enter an immaculate hallway where Mr. Fogg’s trusty valet Passepartout is on hand to take guests’ coats, umbrellas and calling cards.  To further add to the authenticity of the bar, a selection of staff are also dressed in specially designed, bespoke, old-fashioned Military style uniforms, created by the internationally renowned, Gieves& Hawkes. 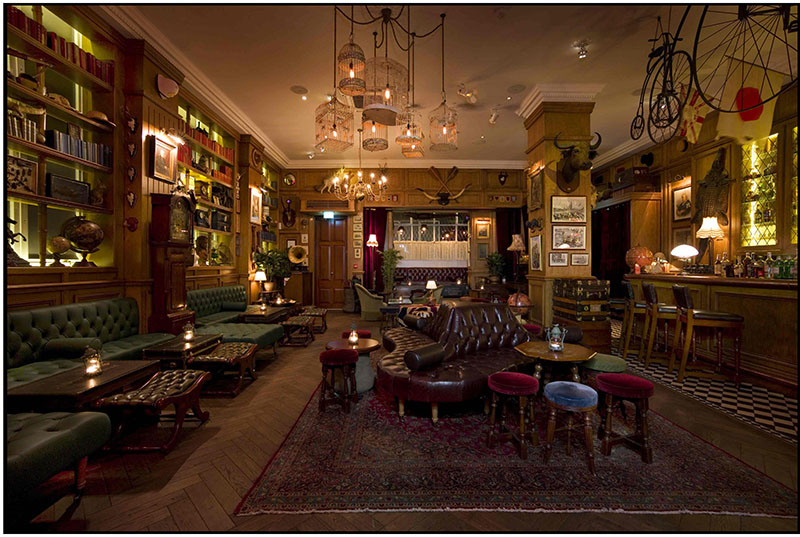 Mr Fogg’s ismodeled on the eccentric explorer’s period drawing room laden with artifacts and trinkets collected from his travels. The walls are adorned with everything from stuffed Indian tigers and crocodiles to ornaments collected through his worldwide voyage. Annotated maps and pictures from his travels also feature prominently throughout the bar, as do clocks, given the importance MrFogg places on punctuality. A piano for sing-alongs and an open fireplace to welcome any weary traveller to its hearth also provide focal points. As Fogg was a hero of the Victorian age, guests are able to toast an imposing portrait of its matriarch, Queen Victoria, hanging alongside paintings of him and his ancestors. 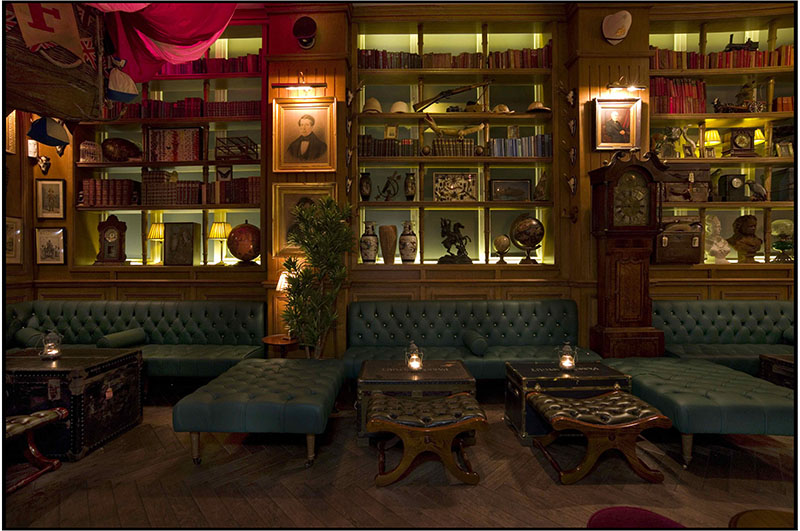 Mr Fogg’s provides an elegant global drinking adventure on each occasion. Rare and unusualproducts and ingredients will be sourced continually, from each continent, seeking to open up guests’ imaginations and palates to new and daring combinations.  The menuisa unique interpretation of ‘Victorian Cocktailian Culture’, with many classics from that era being revived with a modern twist, such as: Absinthe Aperitifs, Gin Fizzes, Grog’s, Sazeracs, Stirrup Cups and Pouce Cafés. There are also sharing drinks straight out of the pages of Jules Verne’s novel,served in the form of globes, red indian’s heads, steam trains and antique punch bowls.

Founder and lifelongFogg fan, Charlie Gilkes sums its up:“We’ve created Mr Fogg’s with a sense of history, adventure, fun and imagination.  We hope to take you on a journey very soon-just don’t be late, we’re on a tight schedule!” 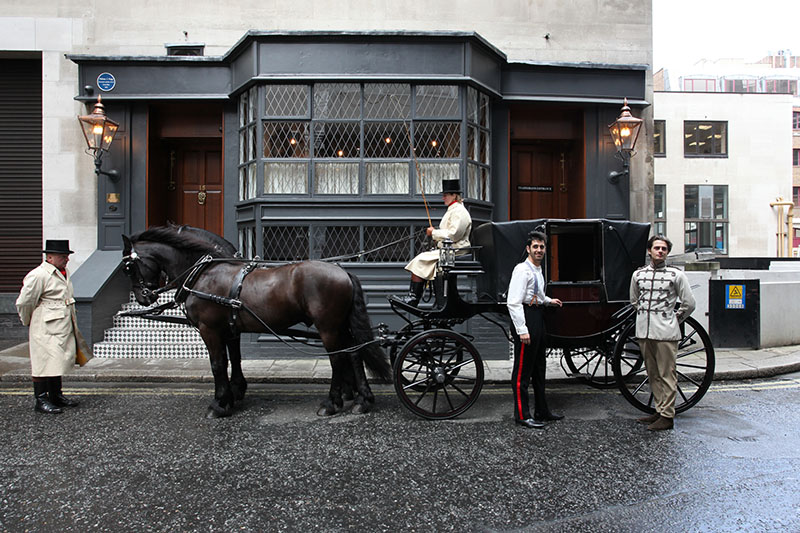