Brasserie Zedel: A large, bustling Parisian brasserie transported to the heart of London 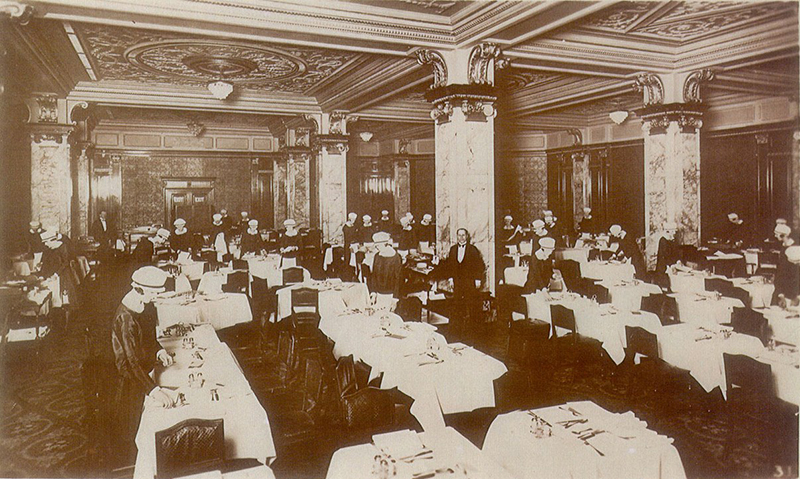 Brasserie Zédel is located in the original Grill Room of the former 1,000 room Regent Palace Hotel, which was built between 1910 and 1913. 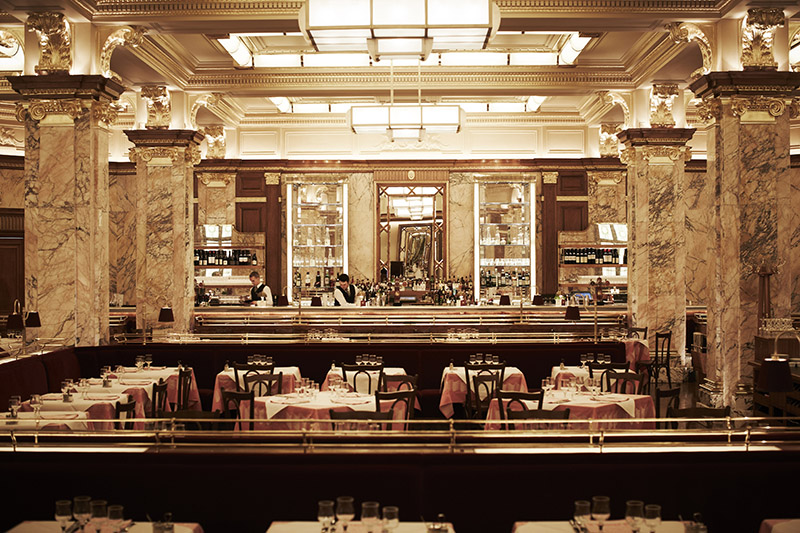 This entire city block, now known as Quadrant Three, has been redeveloped under the overall project leadership of architectural firm Dixon Jones for The Crown Estate, and designed for mixed use. Quadrant Three claims to be Europe’s most sustainable building. 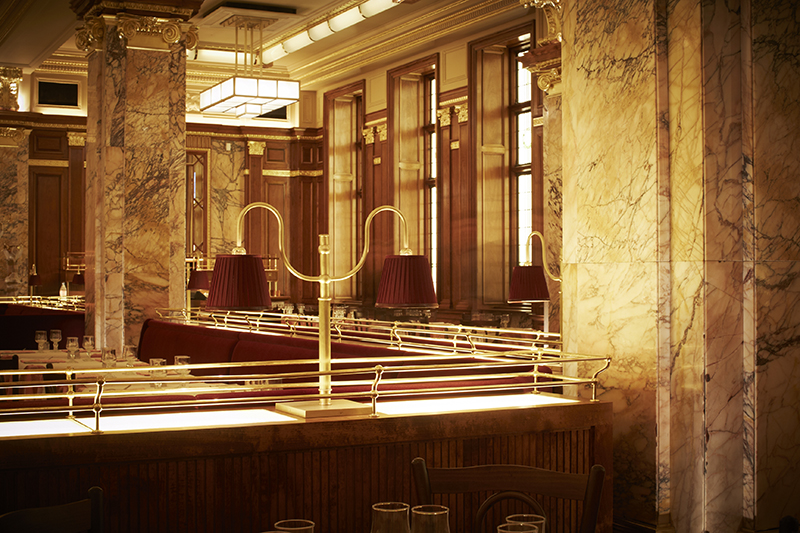 Revitalised in the 1930’s by Oliver Percy Bernard, a revered West End stage set designer, the Art Deco interiors of the Grill Room, the ‘Chez Cup’ Cocktail Bar and Dick’s Bar, all part of Brasserie Zédel, have been painstakingly restored as part of the development. Timber veneer, 23 carat gold leaf architraving, marble, brass, mirrors, ceilings, and even original wallpaper have been meticulously catalogued, removed and reinstated by expert artisan craftsmen, led by conservation architects Donald Insall Associates, before being put back together again like a complex jigsaw. 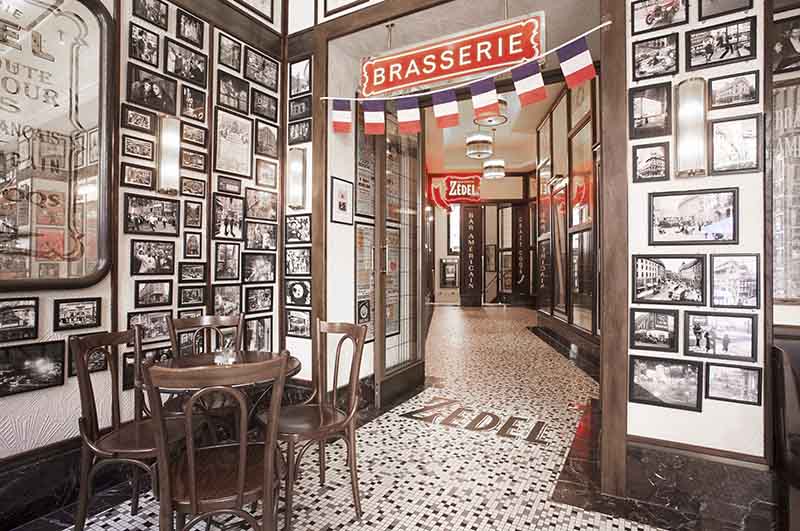 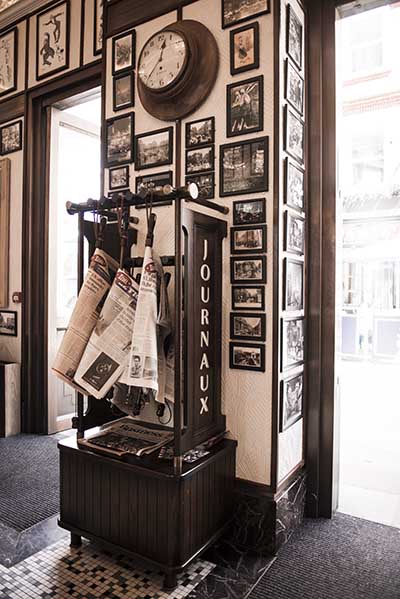 According to Charles Saumarez Smith writing in Architecture Today, ‘they are probably the best and most authentic series of 1930s interiors in this country.’ The restoration work was based on detailed research into the original 1930s designs and features, which in many cases, by the late 20th century had been lost. These lost interiors have been resurrected in Brasserie Zédel with the help of Bernard’s original drawings and photographs. 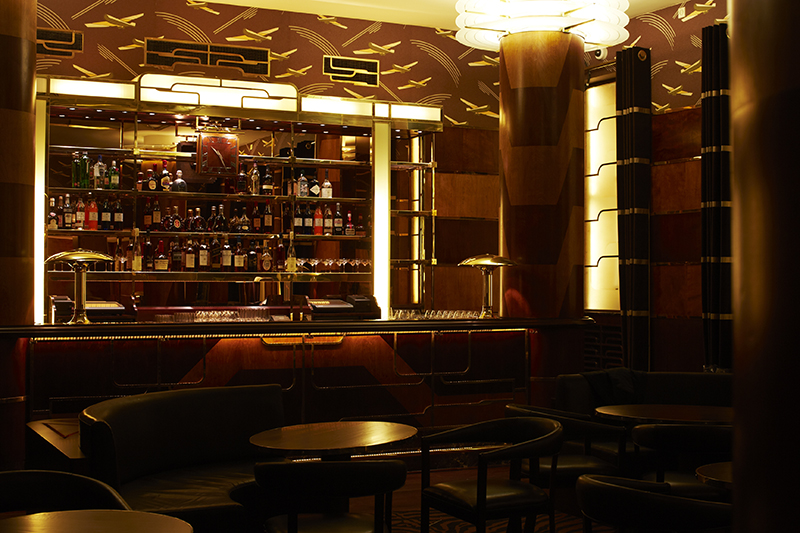