Starbucks, where innovation is always brewing

Laura Lorenzetti@Fortune:  From training and development to improved digital payments, Starbucks continues to break ground in tech and retail while expanding offerings for its workers. More than 70 million people worldwide enter a Starbucks café every week. To make it all happen, Starbucks’ 300,000-plus partners—as the company calls its workers—blend, steam, and brew the brand’s specialty coffee in 21,000 stores. And it’s those partners that CEO Howard Schultz credits with boosting the coffee shop’s sales to an estimated $16 billion by the end of this year, its fifth straight year of revenue gains.“It’s not just about ringing a register and performing a task,” Schultz tells Fortune. “It’s also about creating an emotional, enduring relationship and connection with our people, their families, and ultimately with our customers.” Starbucks was one of the first companies to provide comprehensive health benefits and stock to part-timers. To date, they have realized more than $1 billion worth of financial gains in the form of stock options. And adding to the recent debate over the minimum wage for food service workers, the company recently promised pay increases for all baristas and shift supervisors as well as a boost to the new starting rate for employees. “We want to redefine the role and responsibility of a public company,” Schultz says. “I think the price of admission for that is that we have to perform.” 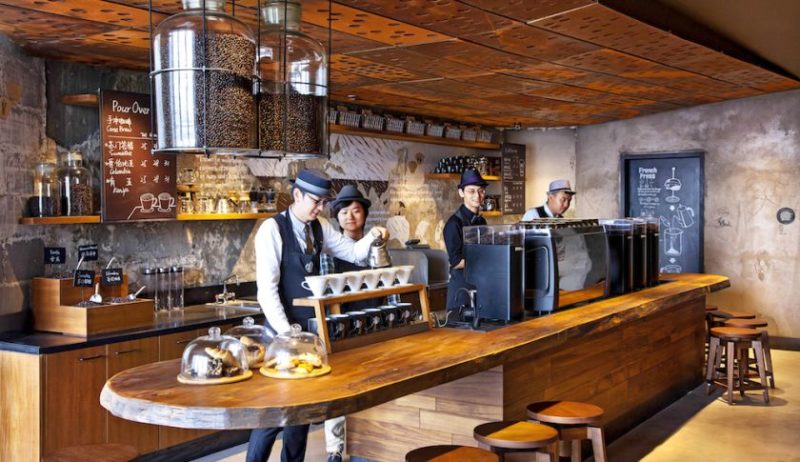 From the café  to the classroom

In June, Starbucks SBUX -0.27% added a new perk for U.S. employees: a college education. “We began thinking about what we could do that is highly, highly relevant to our own people,” says Schultz. The company’s internal research found that over 70% of its workforce had not finished their bachelor’s degrees. Combined with the rising financial burden for tuition (U.S. student debt is now over $1 trillion), Schultz says education was the obvious solution. Starbucks now covers 100% of tuition costs for workers to finish their degrees online through Arizona State University. More than 1,000 partners have enrolled to date.

Known for its in-store innovations, from reverse-French-press Clover coffee to its newest Fizzio handmade sodas, Starbucks is going beyond its standard café to better serve clients. It is testing smaller express stores in New York City that would reduce client wait times. The brand is also pouring efforts into a new high-end roastery that will open this December in Seattle. The Starbucks Reserve Roastery and Tasting Room is “Niketown meets Apple meets Starbucks,” says Schultz, and will feature small-batch roasting and coffee education amid a 15,000-square-foot interactive retail store.

“Starbucks made tech into an additional -competitive advantage,” says David Palmer, an analyst with RBC Capital Markets. The -Starbucks Rewards mobile-payment -application has 12 million active users, -making it the third-most-popular digital-payment app used by U.S. consumers, according to Comscore, which puts it ahead of iTunes and American Express Serve. In the Portland area the company is testing a version of the app that allows customers to order ahead, due later this year. “In the future you can see more partnerships that try to  leverage this framework where they are simply a step ahead,” says Palmer.